Established in late 2003 by the Treasury Department’s United States Mint, the Artistic Infusion Program (AIP) contracts talented, professional American artists who represent diverse backgrounds and a variety of interests. These artists work with the Mint’s own medallic artists to create and submit new designs for United States coins and medals.

Since the program’s inception, Richard Masters has assisted the United States Mint as an AIP artist and is the only inaugural member remaining in the program who has continuously served in this capacity. To date, the artist has been credited with 34 coin and medal designs.

Please click a thumbnail below to enlarge the image.

All images of coins and medals above copyright © United States Mint. Used with permission. 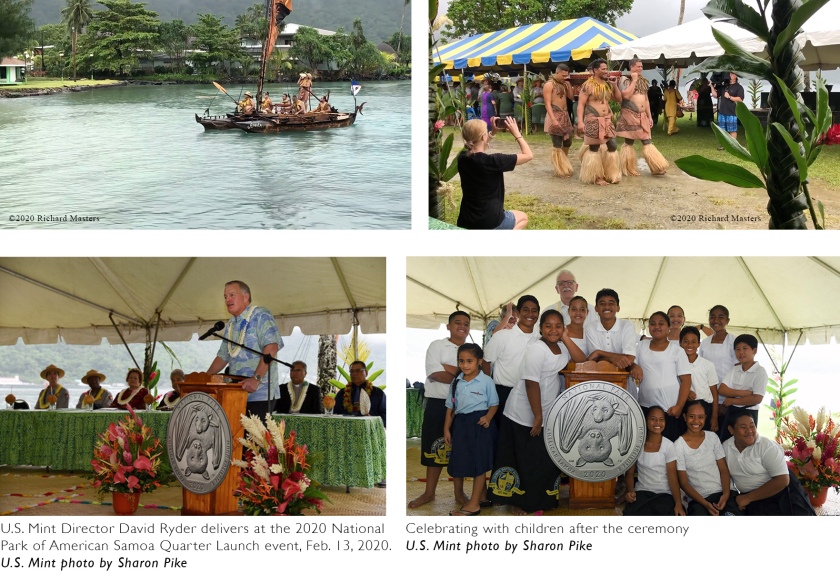 By invitation, Richard Masters attended a ceremony to celebrate the release of the 2017 Effigy Mounds quarter. The event took place in the Allamakee Community High School gymnasium in Waukon, Iowa, on February 7, 2017.

On April 22, 2013, leaders of the U.S. House and Senate bestowed the Congressional Gold Medal award upon Professor and Nobel Laureate Muhammad Yunus in recognition of his efforts to combat global poverty. As designer of the reverse side of the medal, Richard Masters was personally invited to attend this historic event held in the United States Capitol Rotunda.